Top Gun Video Slot or Not

I just been playing the new Playtech slot game TOP GUN at Titanbet Casino. I was quite excited at first to be honest, after looking at the spec with different bonus features and free spins I had any initial opinion that it would be a great game. And bring back some awesome 1980's memories.

The game starts off OK. The symbols are basic, I would of expected more from such a big film with iconic moments. There are the standard 5 reels but this game uses the 243 ways instead of the regular fixed paylines. The dogfight wilds that can eb randomly triggered on any spin are a nice touch.... but very, very slow. It takes and age for a plane to fly into view then move around the reels in an aimless fashion and then maybe strike a few symbols and turn them wild. It says you can get 1 to 15 wilds like this but usually is just one or two. The most I have ever experienced is 4. This feature can be useful but more often than not just takes up valuable playing time, and gets tedious and boring. 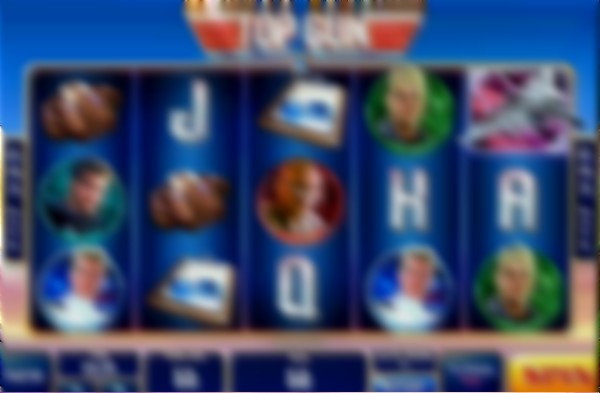 The biggest disappointment with the game is Playtechs lack of enthusiasm and inventiveness. For many licenced games like Scarface from NetEnt or Terminator from Microgaming you will see that the slot game actually has something to do with the film. This Top Gun video slot uses the films name and characters Charlie, Iceman, Jester, Goose and Stinger. It doesn't even have a symbol for Maverick!!! the Main actor Tom Cruise and his character must have put a block or something because there are no clips from the film, some useless sound samples and that is about it.

The main bonus game has had very little thought.... lets just throw some free spins if they get the bonus symbols. It could be any game. I my honest opinion this shows exactly where Playtech have been going with their online video slots over the past few years. There is no thought. They just chuck them out all the same, just change the name and a few symbols.. Don't worry though Playtech, Microgaming do exactly the same and there games are even worse in terms of gameplay and quality.
Posted by MegaKings at 07:30